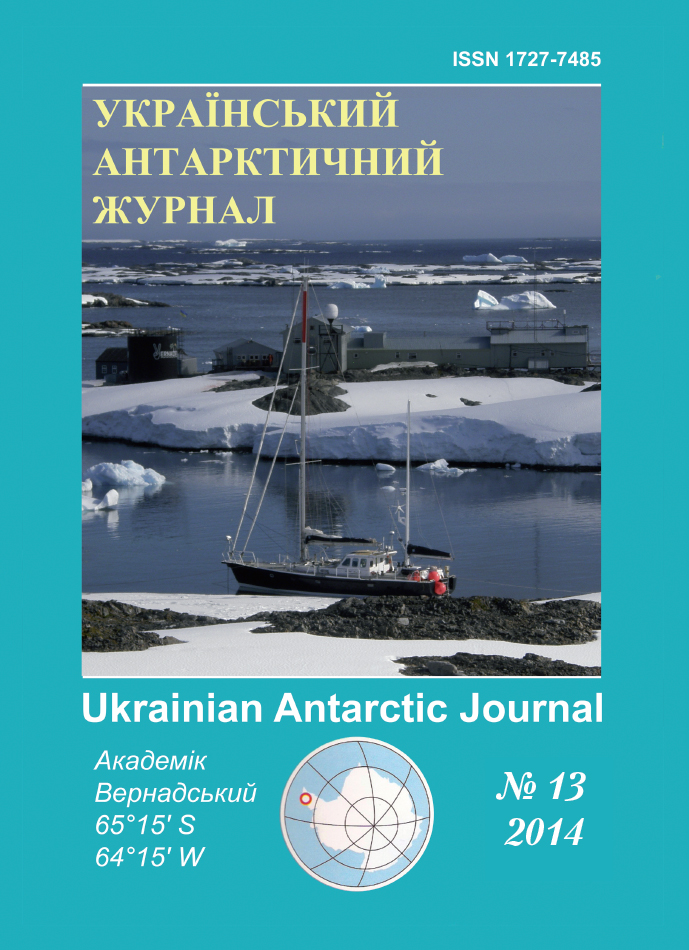 During previous investigations in the region of the Ukrainian Antarctic station (UAS) Academician Vernadsky we were found an increased content of trace metals in ground deposits and soils of the Argentine Islands archipelago. It was revealed an accumulation of heavy metals with different toxicity by mass species of phytozoobenthos, macroplankton and fishes. High concentrations of cadmium and zinc in the environment and hydrobionts – indicators of a nature of pollution – testify to its natural (tectonic) origin and to a wash-out of heavy metals from the mainland and islands of the Antarctica during the melting of ice because of the climate warming in the Antarctic. Observed in the Atlantic part of Antarctic a sharp decline in the stock of krill (Euphausia superba Dana) – the most important component of the pelagic biota - associates with inhibition of reproduction of these crustaceans, as since its eggs develop on the bottom of shallow waters subjected to contamination, and indicates of a scale of this phenomenon. The obtained results give arguments to use the levels of contamination by heavy metals of short vitally cyclic components of the coastal marine ecosystem - phyto - and zooplankton, as well as the abundance in the shelf zone of larvae of E. superba. It was established the pollution by cadmium and zinc of the most important components of the plankton – phyto- and zooplankton – and two species of green macrophytes (Monostroma hariotii Gain and Cladophora repens (J. Agardh) Harvey). It was revealed the temporal (seasonal and interannual) dynamics of heavy metals accumulation by these components of the coastal ecosystem in the region of UAS. It was not found of larvae of E. superba in the samples of zooplankton. This phenomenon is observed during all years of observations in 2002-2009, that points to the existence of a process of washing-off of pollutants from the land due to the melting of glaciers in the conditions of continued climate warming in the Antarctic.