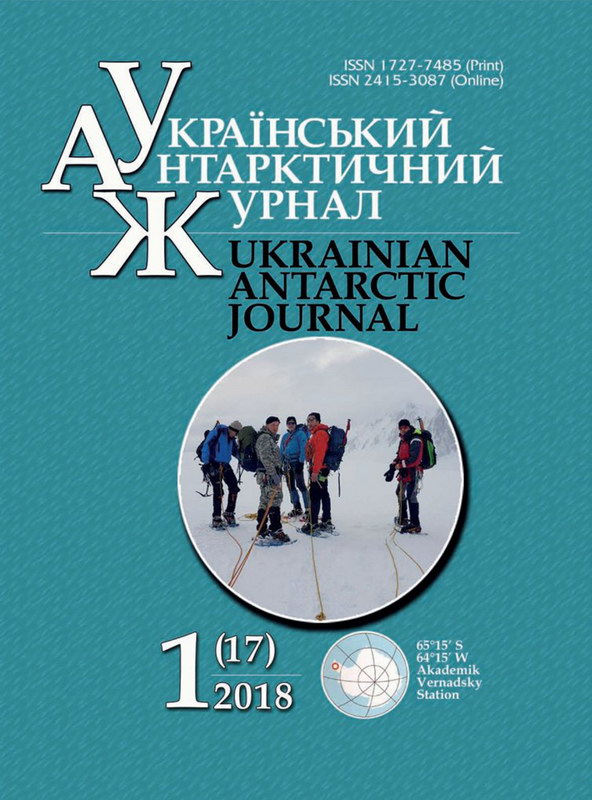 Methods. The «budget of time» method was used with measuring of time of different behavioral patterns (feeding, learning and motion activity, sleep). It was started since second day and measured every 5 days.

Results. The correlation of time for different behavioral activity for 2, 7 and 12 days of puppi’es life changing because of feeding time decrising (since 30 % till 24 % and till 14 %) and in parallel – learning and motion activities in rising (since 42 % till 41 % and till 40 %). The time for sleeping changed insignificantly. At first days after birth certain behavioral patterns were characterized by short-term, frequent change of sequence and randomness. Later the phases of behavioral patterns became longer, more continuous and consecutive. So, beginning and the end of sleeping is correlated with the most longer feeding interval. Starting with 17 day age, the imbalance of behavioral patterns of the pup has been observed. This imbalance was caused by a long-term being in the sea and fragmentariness contact with the female. The duration of feeding behaviour, which caused by lactation, is declining to 5 %, and learning and motion activity (include being under water) incrising to 82 % (duration of sleeping embraces 13 % of total time budget) . So probably is correlation between mastering of water space and getting of meal. It compensates declining of volume of milk consumption.

Conclusions. The study of the budget of time of the Weddell seal puppy has reliable results only until that period of time when the puppy started to go into the water (11—15 day age). Visualization of observing is limited by concrete location (the place of pappi’es birth). It doesn’t eliminate probability of display any behavioral patterns under water and any other place on surface of ice.