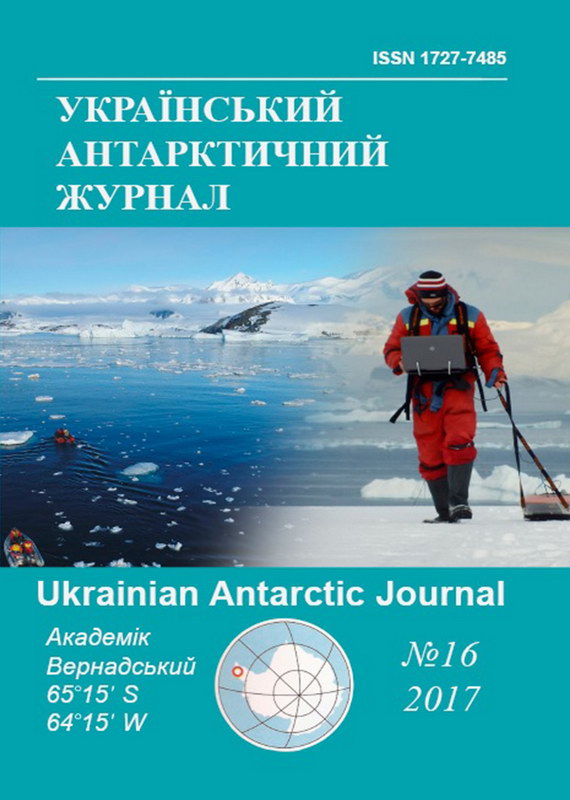 Relevance of the study is that the consequences of premature destruction of the fuel tank or the wall of the building of the Ukrainian Antarctic Akademik Vernadsky station (Vernadsky station) may result in significant financial costs and human lives as a result of multi-site damage. Therefore, the main objective of the study is to identify the most probable places of snow accumulation and maximum wind pressure zones for identification and prevention of multi-site damage of buildings and engineering structures. Geometric modeling and simulation are chosen as research methods, which allow (accordingly) creating and investigating a three-dimensional computer model of an object. SolidWorks CAD-system was chosen for geometric modeling. The simulation was carried out in the ANSYS finite-element analysis software. Results: geometric modeling and simulation of Vernadsky station was conducted; in CAD-system SolidWorks based on the plan-scheme and photos of the station, its geometric model is built, which includes the model of the surrounding area; according to its geometric models the layout of the station is printed on a 3D-printer; in the CAE-system ANSYS a simulation of the influence of air flow at a speed of 45m/s on the station was conducted; vector velocity fields are constructed and based on them the most probable places of accumulation of snow are determined; vector pressure fields are constructed and the most loaded elements of the infrastructure are determined on their basis. Conclusions: analysis of simulation results showed that the most probable places of accumulation of snow are located near the walls of all buildings of the station and in places of significant change in the terrain of the surrounding area. The most loaded with wind pressure is the main housing and the storage tank for diesel fuel. In this regard, it was decided to additionally create geometric models of the fuel tank to study the effect of multi-site damage in the form of cracks on its integrity. It is also determined that the main impact on the elements of the infrastructure of the station is the wind from the mainland, but not from the ocean.